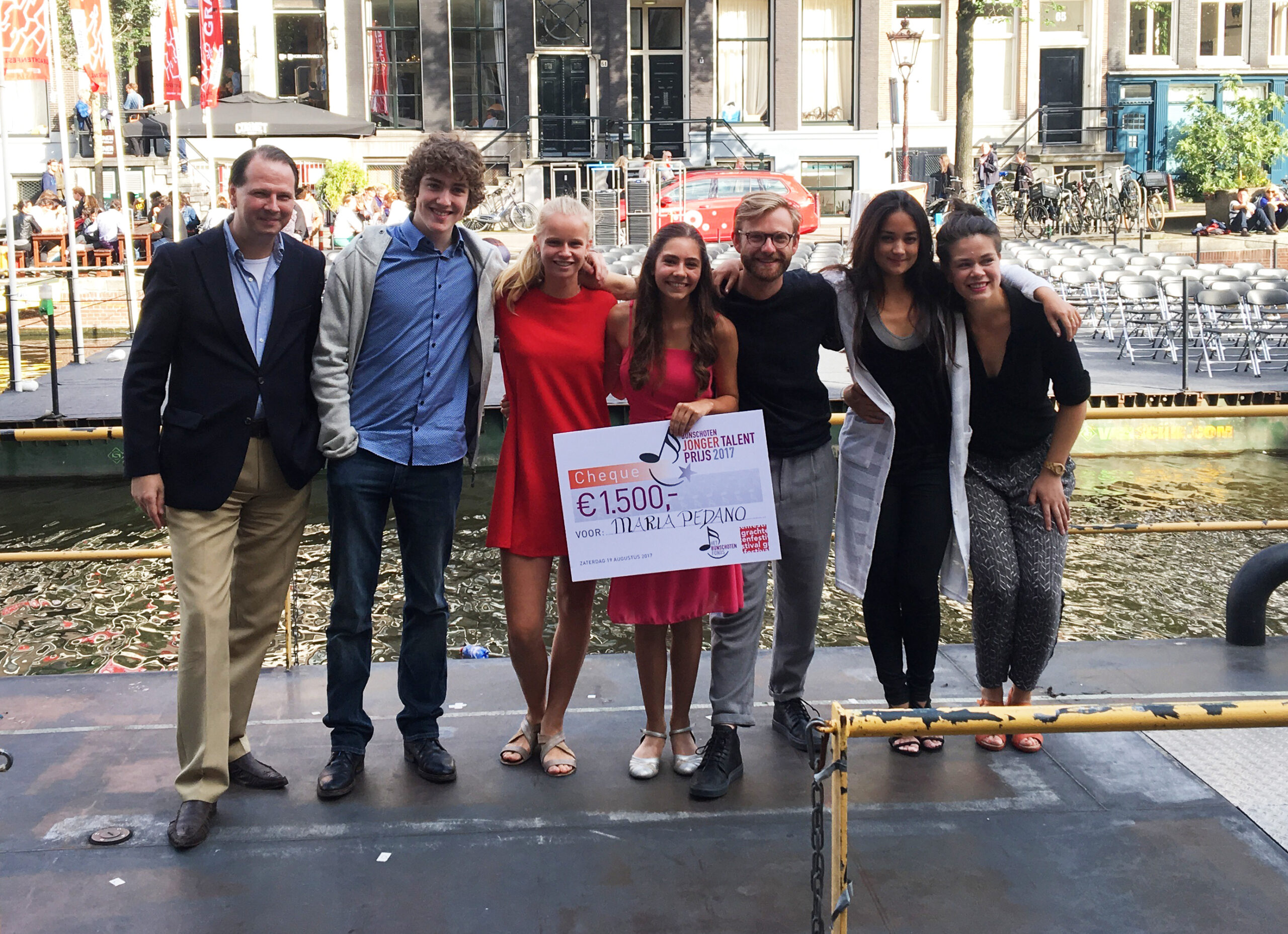 On August 19, 2017 the Bunschoten Younger Talent Award was once again presented, this time to Maria Pedano (hobo and singing).

The Bunschoten Younger Talent Award is a collaboration between The Bunschoten Fund and the Canals Festival Amsterdam. This year the Award was presented for the third time, as usual as a part of the Junior Canals Festival. Maria Pedano is a multi-talented youth who was at the center of attention several times before. During the 32nd Concours de la Chanson Alliance Française she beat seven adult competitors (2016). Pedano studies at the havo for music and dance, a pre-education of the Rotterdam Conservatory.